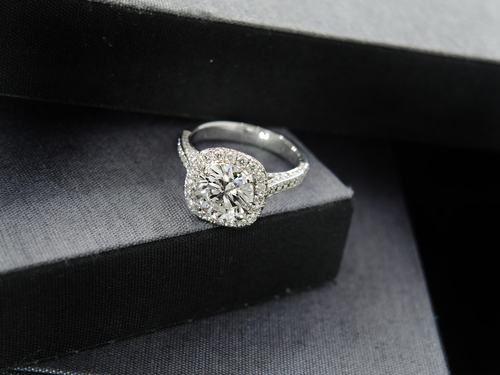 At the Screen Actors Guild Awards held on January 27, 2019, celebrities turned up wearing jewelry pieces set with different types of diamonds and other gems. After all, who would not want to use bling to amp up their special occasion look? For the uninitiated, the Screen Actors Guild honors the best performances in television and film. The following were the celebrities who appeared looking a class apart from the sea of glisten at the 25th Annual SAG Awards. Some of best diamonds online have this special kind of shine to them.

Mimicking her custom dress’s movement, the “A Quiet Place” movie star wore diamond earrings that were long and sleek. She also wore a beautiful diamond ring on her finger.

The “A Star is Born” actor coupled her couture gown with jewelry that included a big choker as well as statement flower earrings. Not so long ago, at the 76th Annual Golden Globes, she sported several millions’ worth of diamonds. Likewise, she turned up at the SAG red carpet with equally gorgeous diamond pieces. Her choker featured over sixteen carats of diamonds that were set in platinum and 18 Karat gold.

The “Crazy Rich Asians” star sported diamond chandelier earrings that weighed around 30 carats. The beautiful diamonds in her earrings trace back to circa 1972. She also rocked a pair of glistening diamond rings on her finger, capping off a red carpet outfit that veered toward the old Hollywood style.

It is hard to take your eyes off Amy Adams whenever you see her at an occasion like this one. The double SAG nominee for “Sharp Objects” and “Vice” looked très chic in her black outfit, while a pair of onyx, spinel, and diamond drop earrings offered a pop of shine. Beautiful diamonds set in platinum would do that, no doubt.

The “Crazy Rich Asians” antagonist wore chandelier earrings as well as a luxury watch, which expressed her individuality as well as innate style. At the 2019 Golden Globes, she sported a monochromatic green look, which was evident also in her emerald ring. That was not to be seen at the SAG Awards, though.

Jane Fonda also wooed the fraternity with her teardrop-shaped diamond ring. The twenty-carat diamond on her finger was her piece de resistance. It has already become one of the most talked about diamond rings online.